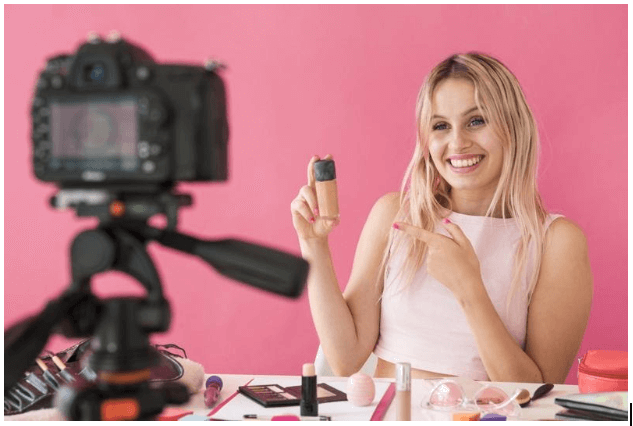 The What and Why of Influencer Marketing in 2020

If you are someone who is active on social media such as Facebook, Instagram or even YouTube, you must be aware of the term ‘influencer’. Influencers are people who gripped the internet with their sizeable fan following and have completely redefined the way marketing is done. They have grown exponentially the last few years and have taken the internet and the netizens by storm!

For those who are uninitiated and still coming to grips with the concept of who influencers are and their role, let’s break it down for you in simpler terms. Influencers are just online celebrities who have achieved stardom on the internet due to their excessive popularity. Think about someone who you follow on the internet, for instance, you must have subscribed to a bunch of channels on YouTube – say PewDiePie. You know the insane amount of followers that he has and is thus viewed as an influencer in the online space.

Read more:   Thing You should Know about Digital Marketing Trends for 2020

Thus, in essence, influencers are a blend of the old and the new. Back in the days when internet wasn’t a thing (or at least, wasn’t as popular as it is now), businesses would ask someone famous, such as some superstar, some celebrity, some known-face to endorse a particular product. And they would happily pose for it in a magazine shoot or a newspaper advertisement. Whatever the case is, those celebrities were nothing but influencers and as the name suggests – they were influencing common people towards a certain product or service they were promoting.

Cutting the chase to the times that we are living in, influencers today are generally a group of people on social media channels such as Facebook, Instagram or YouTube who have accumulated a ton of followers over a period of time. As mentioned earlier, PewDiePie is one of the biggest YouTube star with over 100 million subscriber at the time of writing this post. This number is completely mind-boggling! Just imagine the amount of influence he has over his subscribers and that is where all the money is.

Read more:  Why Digital Marketing Is Important For Small Business?

All of these influencers come from a range of industry and are not specifically confined to any. There are some who are speak on general issues, there are some who are good at cooking and have amassed a lot of cooking fans, there are others who are comedians and have followers who like comedies, skits and pranks, while there are others who are more business oriented, such as SEO services and speak about improving oneself professionally etc. As you see, there are influencers all over the place and are not restricted to a certain geographical area or a specific niche.

They themselves may not really have immense talent or drop dead gorgeous looks as that of a film celebrity, but they surely have a lot of followers due to the nature of their work. Honestly, at its very core, influencer marketing is just a modern day tactic to further your content marketing strategy beyond the regular route that has been employed to this day.

However what makes influencers so unique?

You know as a social media marketing company, we’ve wondered this at some point too. But it is pretty obvious, isn’t it? Companies and other business owners are all looking to grab attention. What was a rather empty space earlier – which is the internet, is way too crowded now. The attention span of an average visitor has shrunk to an all-time low. Because of the excessive amount of competition at large, companies and entrepreneurs are unable to keep up with those who may be interested in their service or products. They want to be in front of their ideal consumers at all time and this isn’t quite possible today.

People have to be constantly reminded of the brands’ existence and the brands in turn have to rely on these influencers in order to bring those consumers on their court again. As you may already have guessed, influencers get paid or compensated in one form or another. Either they are paid directly in cash – depending on how popular he is, it is not uncommon to hear some ridiculous amount of cash dealings too; or they are compensated with the products or services being offered by the company – such as a lifetime supply of beauty products or yearly vacation to a travel destination and the likes. It’s a win-win situation for both parties and sometimes the end consumer walks away with goodies too (such as steep discounts only for the subscribed members of the influencers).

One may ask though: Why can’t the companies market themselves like they usually do? That’s a good question and yes, they do. Just because influencers have come up in recent times does in no way mean that brands have stopped marketing themselves in print media or digitally. Studies have shown that influencer marketing has a huge impact on the way a brand a perceived and the subscribers tend to follow the recommendation of an influencer more than when a brand projects itself usually.

Come to think about it, it is pretty logical. If an influencer is connecting with his audience regularly and talks to them often via his posts or videos, there’s a culture of trust and camaraderie that is fostered that is extremely pivotal to the role of influencer marketing. Subscribers naturally feel that the influencer is genuinely promoting a product as such as recommendation is seen coming from a third party (i.e. the influencer) rather than the company itself.

Higher engagement rates, higher conversions leading to higher profits for the brands is the name of the game here. It is without a doubt one of the most powerful form of marketing seen in the age that we’re living today and influencer marketing is only set to grow in the future as well.