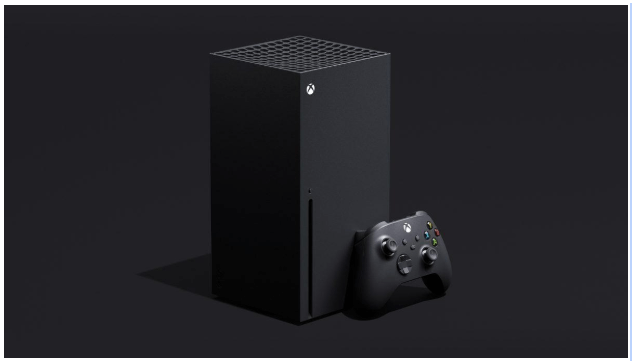 From the stage of The Game Awards, the annual awards ceremony for the video game industry awards last year, Xbox chief Phil Spencer revealed both the name of Microsoft’s next-generation game console and design of.

The design of the new “Xbox Series X”, such as the name of Microsoft’s next-generation gaming console, retains the minimalist element and simple lines of the previous generation, yet differs in shape, which is now a rectangular rectangle that can be positioned up or down. from the TV or screen, either vertically or horizontally.

Read more: How to use B2B Networking Sites for Your Business

The new Xbox Series X will incorporate an eight-core Zen 2 architecture processor designed by AMD in collaboration with Microsoft (custom made) and bring Radeon RDNA graphics graphics, GDDR6 memory and NVMe solid state drive instead of hard drive dramatically reduce the installation and loading times of toys. The game console will also support 8K gaming and frame rates for games that in some cases can reach up to 120fps. It will also support graphics tracing technology and variable refresh rate for extremely smooth gaming, with no breaks, tearing or other effects.

The new console will have the latest technology in terms of wireless and wireless connectivity and networking, and support ALLM (Auto Low Latency Mode) and DLI (Dynamic Latency Input) features that according to Phil Spencer, will make the Xbox Series X “the most responsive console in the world”. The new Xbox Series X is also designed for a “cloud-based future” and therefore “Project xCloud” compatibility to extend its capabilities (eg game streaming to its user mobile) be taken for granted.

Read more:  What is Amazon Lightsail? Why you should use it

In an interview with the well-known Gamespot site, Phil Spencer said that “we wanted to make a dramatic upgrade over the base Xbox One console. So when we do the math, we’re at a point that equals eight times the power of the graphics processor on the Xbox One, and twice that of the Xbox One X. ” Given that the Xbox One X offers approximately 6 teraFLOPs, then the Xbox Series X will reach 12 teraFLOPs.

Along with the new console, Microsoft also introduced the new ‘Xbox Wireless Controller’, which according to Phil Spencer is slightly smaller and better shaped to better fit the hands of even more gamers. In addition, it has a brand new Share button so gamers can take snapshots or small game clips from games and share them in one go. The new Xbox Wireless Controller will work with current Xbox consoles as well as Windows 10 computers.

The new Xbox Series X will be available at the end of next year (the Christmas holiday season of 2020).

Medical PG in India or abroad

Launching A Media Company: What You Need to Consider

How to Choose Your Business Domain Name: A Guide for Entrepreneurs