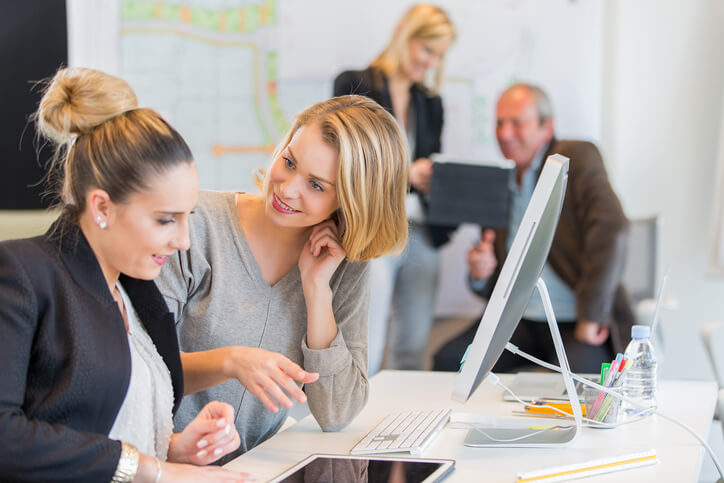 Education News How to

English is currently the most spoken language around the world, with around 20 percent of the global population able to speak or understand it.

More than 50 countries use English as their official language, while many others use it as a secondary language to their native tongue.

On that basis, it is no surprise that millions of people sign up to learn English via 1-on-1 online lessons with personal tutors every year.

Read on as we look at some of the industries where being able to speak English can significantly improve your future career prospects.

Hospitality is undoubtedly one of the biggest industries where the ability to speak English can be hugely advantageous from a career perspective.

At the top end of the scale, English is often the go-to language in international hotel and restaurant chains, allowing staff to find some common ground with customers.

It is also often used between employees, with staff members regularly drawn from different language, ethnic and cultural backgrounds.

The ability to speak English can greatly enhance your chances of climbing the ranks in hospitality, potentially opening the door to more lucrative management positions.

Tourism bears many similarities to the hospitality sector when it comes to possessing the ability to speak English fluently.

For instance, travel representatives for holiday companies are generally able to communicate with international tourists in English.

In some countries, tourism employees who are able to speak English can earn more than 50 percent more than their non-English speaking colleagues.

Latin, French and German were once widely considered to be the main languages for writing scientific text, but things changed massively during the 20th century.

Around 80% of journal papers are now written in English, while the top 50 most prestigious publications in the world are all produced in English.

Given that scientists generally have the ability to retain plenty of knowledge, they are ideally placed to learn English if it is not their native language.

If you have used one of the best college laptops to learn the English language, you will be eager to use that skill to secure well-paid employment.

One industry where learning English can be extremely useful is education, with many institutions in the United Kingdom attracting talented lecturers from overseas.

Around one-third of the academics at leading universities such as Oxford and Cambridge come from countries other than the UK, and that figure rises to 45% for University College London.

With many other countries around the world using English in educational settings, learning the language can be the path to a tremendously exciting career.

The internet has opened the door for local businesses to expand the scope of their operations, and many firms have taken full advantage in recent years.

One of the biggest advantages of doing business online is that companies can sell to customers anywhere in the world, thus making commerce a more global enterprise.

Much like many of the other sectors we have mentioned, English is often the language that international businesses will use to communicate with each other.

Possessing the ability to speak and write in English undoubtedly opens up a world of possibilities in online business, further highlighting why learning the language is a sensible move to make.

While politics and diplomacy are slightly more niche areas than other sectors, they do offer excellent opportunities for people who can speak and write English.

International representatives in the European Union and the United Nations predominantly use English to communicate with each other.

Speaking English can also be a useful skill to possess in foreign embassies, providing people with a greater level of service.

Interpreters and translators are two other excellent careers where learning English can provide someone with an extremely lucrative and satisfying career.

Eight of those 10 places have English as a primary or official language, with Zurich and Tokyo the only exceptions to the rule.

However, while the primary language in Zurich is Swiss German, nearly two-thirds of the population of Switzerland also speak English, many of them in the workplace.

With that in mind, anyone who wants to work in finance at the top level would be well advised to undertake an English course if it is not their first language.

What is the best online scratch card game?

Choosing the Ideal Laptop for Your Home Business

Which is Better Dotnet or Java_

The Future of Healthcare: 4 Key Concepts to Understand

How to Manage a Company for First-Time Managers