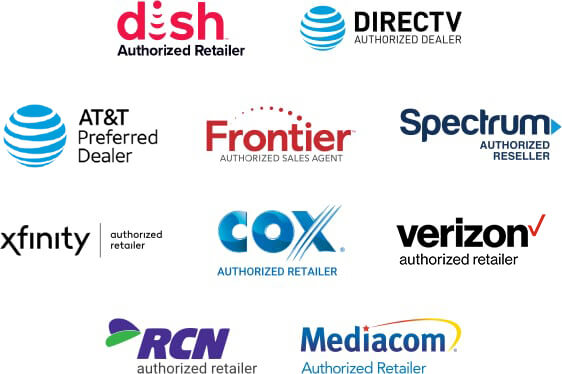 Cable TV services cost substantially higher compared to streaming. Many people are switching to the streaming service because it costs less and it provides you the ease to watch your favorite show anywhere, anytime. However, there are a few limitations when it comes to the streaming service, for instance, you need to have a smart TV or any other smart device to stream, a good internet connection so there is no buffering and you can watch everything in HD, and there isa limited number of channels that you can get with the streaming. These are the reasons why a lot of people still prefer to have traditional Cable TV services instead of streaming.

For Cable TV customers, the variety of channels and the total number has always been a major concern as that is the reason they are paying a huge amount of money every month. When you sign up for TV services that are not offering your favorite channels, that is not worth it.

If you are currently in process of getting new cable TV services or looking to switch to a different provider than what you already have, we have a list of some of the best TV channel providers for you that are offering their services in the US.

The first name on our list of best cable TV channel providers in the USA is none other than Charter Spectrum because of its outstanding channel line up and great plan distribution. There are three plans available and each plan has some value addition to it whether through premium movie channels or Sports and Lifestyle channels. Moreover, each plan has great distribution and a variety of channels that keeps every age and interest in mind. In total, there are more than 200 channels offered by Spectrum, including the local networks and premium channels such as TMC and outdoor channel. On top of that, the prices start from $44.99 and go up to $89.99 – depending upon your choice of plan and customization. However, one thing that is missing in Spectrum plans and deals is that there is no basic cable plan with a limited number of channels and that costs lower than $44.99. If you would like to get something less costly than that, you will have to switch to streaming plans.

With a channel line up featuring more than 140 channels, Cox is also a great option if you are interested in getting TV services. There are all sorts of plans starting from the Starter, which is the most basic, to Bronze, Silver, and Platinum. Moreover, all these plans feature various channels that are not included in the lower tier. As far as the prices are concerned, Cox TV starts from $25 and goes up to $69.99. However, the TV boxes and the DVR services can be a little expensive than what is offered by the competition.

A provider that is very well known in rural areas for its outstanding TV plans and services is Dish Network. Even though it offers only TV services, its number of channels and the plans are quite amazing. There are more than 290 channels that are offered by Dish TV through its various plans that cost up to $94.99 based on your plan choice and the channels that you need.

Another satellite cable TV provider that is known for its sports programming and NFL tickets is Direct TV. It also offers one of the highest numbers of channels which is more than 330 and covers almost every sports channel in the US. Another great thing about Direct TV is its DVR Box that allows you to record on multiple TV and you can watch any recording from any TV. It is pretty great and something that is not offered by many providers in the market. One problem with Direct TV plans is that they are a little bit expensive than the other available options as their prices start from $64.99 per month and go up to $135.

If you are interested in getting the highest number of channels and luckily are in an area where Verizon Fios is available, then you should consider getting your TV services through that instead of going with any other provider. Verizon Fios TV offers more than 425 channels while keeping the prices as competitive as they can be. The plan prices start from $50 while the highest tier plan costs $90 per month for the TV services. Moreover, the plans have a diverse channel lineup featuring everything from Sports like NBA TV and Golf but also the entertainment channels such as Hallmark, ABC, and Syfy along with Disney, HGTV, and Travel Channel.

When it comes to the best TV channel providers, there is no definitive answer as people tend to have different preferences for their channel lineups. However, the providers discussed here have diverse lineups with channels from almost every category. Moreover, if you are interested in getting streaming TV, there are options such as Sling and Fubo TV that can be a good choice.

Google Analytics: what it is and how to do the initial configuration

5 ways to create a learning culture within your software team

How to Upload Photos to the iCloud Photo Library