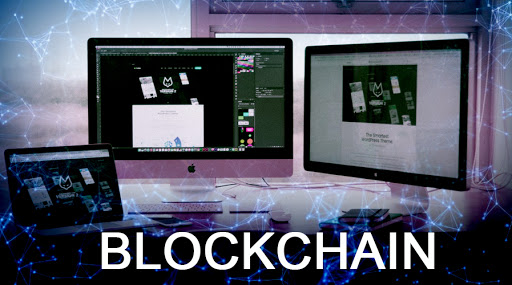 This Is How Blockchain Will Change The Future of Web Design

Blockchain is a decentralized and online technology, growing at a swift pace. Today, there are numerous genuine crypto news and websites available online giving updates about the blockchain and cryptocurrency industry. As the years pass by, sites are getting more appealing and attractive. The look and feel of these websites are changing, which is possible due to new tools coming in the web designing. Blockchain will change the future of web design, as it is the latest trend by itself in the field of information technology. In this article, we will see how blockchain will web design’s future.

Contents hide
1 What is Web Design?
2 Blockchain
3 How Blockchain Will Influence Web Design In the Upcoming Years
3.1 Distributed cloud storage
3.2 Blockchain will provide high transparency and incorruptibility.
3.3 3 Transactions Will Get Encrypted With The Help Of Blockchain
3.4 Conclusion
3.5 Author Bio

What is Web Design?

Web design is an art of designing the websites launched on the internet. It always focuses on the user experience and user interface rather than the software. Earlier, web design was more focused on sites only for desktop browsers, but as new devices like tablets, android and smartphones came into the scene, web design updated itself. Today, several new web design tools are available. All of them focus on the quality of graphic design and compatibility with other upcoming devices.

People who work on the layout and appearance of any website are called web designers. By user experience of a website, we mean how the user feels when he or she interacts with the images, fonts and colours used in the website. The other relevant term in the website design called layout refers to how the content is categorized and structured. Some of the qualities of perfect web design are that it is aesthetically pleasing and user-friendly.

How Blockchain Will Influence Web Design In the Upcoming Years

In this section, we will discuss some points on how web design which we use today, will be affected by the use of Blockchain technology.

Distributed cloud storage is an essential part of any web design. It is decentralized cloud storage that has the potential to any problem technology faces today like privacy and downtime. With the help of this cloud storage type, digital files can be encrypted, distributed and shredded among all the computers by the click of a button. Both users and developers will be free from privacy and downtime issues as each computer in the blockchain network will store a copy of the requested data.

Personal data in a blockchain network are accessed only by private keys(passwords) and will be stored in all nodes of the blockchain network, which only adds more security features to a website. Blockchain can provide end-to-end encryption to messages, which can be much helpful for instant messaging applications like Whatsapp and Facebook. According to the blockchain educational news, one such use is Tox, which will add decentralization together with security features.

3 Transactions Will Get Encrypted With The Help Of Blockchain

Although blockchain is an open-source technology, every block is immutable and can be accessed only by a private key. This will make instant messaging applications more secure as the sender and receiver will see personal messages. Company like Amazon

Will get benefit from blockchain technology, as they required security for the massive amount of data stored in their servers. Blockchain will help these companies to save data in all the nodes of the blockchain, which will eliminate privacy and downtime problems.

People today rely on the internet for day-to-day activities. Blockchain technology becomes essential for them as it will secure the data over the internet. Blockchain will change the future of the internet through decentralization. It will help in facilitating end-to-end encryption of messages sent via social media applications like Facebook, Whatsapp etc. Currently, we have to face the problems of privacy and downtime. Since blockchain is a decentralized technology and use cryptography, it eliminates these problems. Blockchain can encrypt the content of the website, and store that data to a million nodes in its network, which will make it challenging to have tampered. Finally, we can say that the future is of blockchain network which will help us in creating decentralized and secure web-based applications.

Hi, I am Sujit. I am a  passionate blogger and crypto admirer. I work for Cryptoknowmics which is known for the best Top cryptocurrency events listing and latest airdrops. I like to find and share new information across the web. You can follow me on Twitter and Linkedin too.

How the Evolution of the TV has Changed Our Viewing Experience

Designer Skill Requirements to Get a High Paying Job

These Are the Most Popular Web Dev Tools of 2021