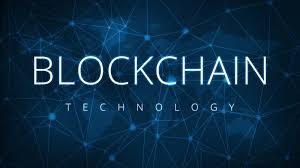 Technologies and their nature of development affect our lives in many different ways. Does not matter how cliche it might sound, the 21st century is really an era of technological advancement and their influence on our everyday lives is major. One of the most important innovations, in this case, that affects not only one industry but many others is blockchain technology. It has many different types and all of them are different in the basic characteristics. Most frequently we hear them used in the financial sector but surprisingly or not they are massively used in the entertainment industry for making transactions easily, in the hospitals to sort the information and medical records, and even in elections. First, in order to compare the different types of blockchain technology, we need to analyze what it primarily means.

According to Merriam-Webster, blockchain technology is a transparent, public ledger that can securely and permanently document transactions between two parties. Where a blockchain is referred to as free, it usually refers to the open-source code base that underpins the majority of blockchain protocols. Open source code is used to build both public and private chains. The term “distributed ledger” refers to a system in which transactions are registered by several parties and are not owned or operated by a single party.

Blockchain can be used to improve the efficiency of any contract between two parties. This is due to the fact that there is no requirement for a third party (such as a bank) to be involved in the process, which reduces uncertainty and lowers costs. When transactions are put into the blockchain database, the parties commit to them and they cannot be reversed.

Standard databases and distributed ledger technology (DLT), which are often confused with blockchains, are not among the three categories of blockchains. The main three types of blockchain are the following:

Blockchains that are available to the public are known as public blockchains. Anyone can participate as a customer, a miner, a developer, or a group member. On public blockchains, all transactions are completely open, ensuring that everyone may inspect the transaction data. They are created so that not a person or organization controls which transactions are documented in the blockchain or the order in which they are handled, so public blockchains are intended to be completely decentralized. Since anybody can access the network, regardless of region, ethnicity, or other factors, public blockchains can be extremely immune to censorship. Due to its flexibility, it also gives the opportunity to use cryptocurrencies for online gambling, for just making transactions or even mine, the Authorities would have a difficult time shutting them down as a result of this. Finally, all public blockchains have a token associated with them, which is commonly used to incentivize and reward network users.

Enterprises that wish to connect and exchange data but don’t want their confidential business data to be available on a public blockchain should use private blockchains. By their very existence, these chains are more centralized; the organizations that operate them have a lot of influence over the members and governance mechanisms. A token may or may not be associated with a private blockchain.

Dragonchain is a hybrid blockchain, which makes it stand out in the blockchain community. This ensures it blends the protection and openness of a public blockchain with the privacy advantages of permission and proprietary blockchain. This gives companies a lot of leeway in terms of deciding what data they wish to make available and accessible and what data they want to keep private.

Our proprietary InterchainTM capability, which helps us to seamlessly communicate with other blockchain protocols, enables the hybrid design of the Dragonchain to easily connect with the blockchain network. This feature allows companies to work with the openness they want while maintaining security and privacy. Additionally, the ability to simultaneously post to several public blockchains improves transaction security by using the cumulative hash power added to the public chains.

Finally, to sum up, as we have seen, blockchain technology is very complex and has a lot of different natures. The advantages and efficiency that blockchain is giving to us are undeniable and many different industries are implementing it for different reasons. The type of blockchain which is suitable for the activity can be chosen by its characteristics. Each and every one of them is unique and can be adjusted to any kind of activity. The most convenient due to the easy transactions and accessibility is the public blockchain and the transaction history is visible for everyone, while in the case of a private blockchain, the main purpose is not to make the data public and it is most commonly used by the business companies. All of them have their own place in the blockchain system and cannot be replaced at this time.

How to stay sharp at your information security job

ITIL 4 Specialist: Create, Deliver and Support ITIL 4 – An update for all ITIL Practitioners

5 Cybersecurity best practices for every workplace