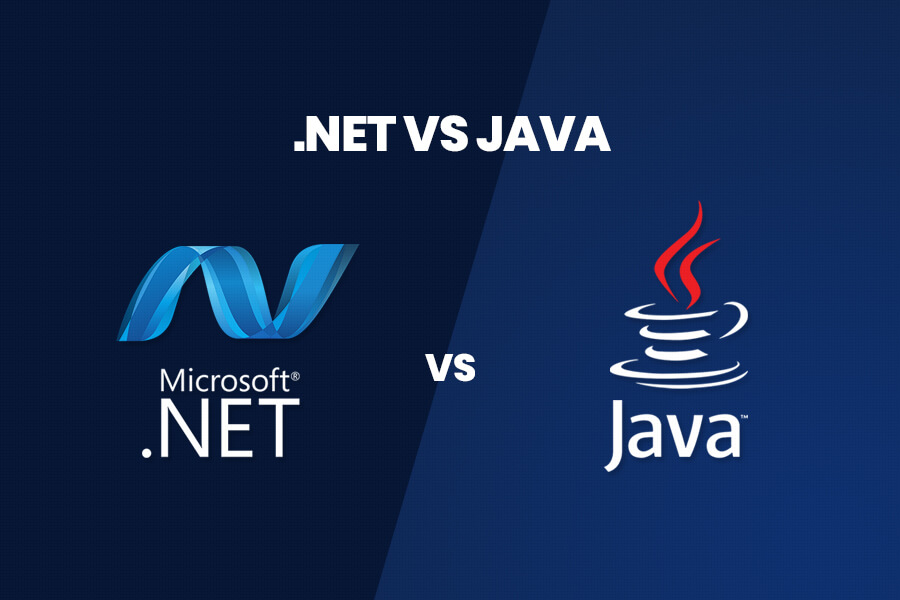 Which is Better Dotnet or Java_

by adminSeptember 1, 2021September 27, 20210181
Share0
Contents hide
1 .NET and Java have some similarities
2 How Does Java Differ from.NET?
2.1 Fundamentals
2.2 Performance Comparison between Java and.NET
2.3 Language Assistance
2.4 Efficiency
2.5 Share of the Market
2.6 Java’s benefits include:
2.7 Java’s drawbacks include:
3 .NET Core’s Benefits:
4 .NET Core’s drawbacks include:
4.1 Who will win the battle between Java and.NET?

.NET and Java have some similarities

Because both technologies are widely utilized to create large–scale applications and programs, the answer to “Java vs.NET: Which is better?” depends completely on your company’s operational demands and requirements. For almost every application, either technology is object–oriented and may be used to construct enterprise–level programs. Modular structure code has several advantages, including flexibility, quicker debugging, and the opportunity to reuse code. Their use is widespread, and they are both suitable for dealing with complex designs and heavy–duty systems. You can enjoy the fruits of the development of these two programming languages by ordering Java development and .net development company – Dataxdev.

How Does Java Differ from.NET?

SunMicrosystems introduced Java, a programming language created by James Gosling and launched in 1995. The language is thought to have a short learning curve and a variety of benefits and features. Microsoft’s.NET framework, on the other hand, is an open–source framework.

For many years, there was no significant performance difference between applications created using these technologies. Though Microsoft’s optimization and investments changed the game, making a significant gap between ASP.NET and Java — it has become blazingly fast.

Java may communicate with other languages through JNI instruments. Kotlin, which is fully compatible with Java, has recently gained a lot of traction.

The.NET framework itself supports roughly 20 languages, allowing for a more flexible approach to commercial app development. C#, C++, F#, VB.net, and more languages are among them.

Because Java is an interpreted language, the code is only translated to machine language after it has been run. The code is compiled and run on the machine where it will be begun with.NET. C# performs better in a runtime context because of this.

Java is currently one of the most popular technologies, placing top in a number of polls. Every year, a growing number of newcomers are attracted by the abundance of free training resources, a large community, and a relatively short learning curve. Java developers are in more demand than.NET developers, according to Indeed.com and Monster.com job postings.

To summarize, let us look at some of the benefits and drawbacks of various programming languages.

It’s an object–oriented system. Java allows developers to create modular applications with reusable code; it has a short learning curve compared to other programming languages; and it is platform independent, allowing users to seamlessly transition from one computer system to another.

Because it runs on top of the JVM, it uses a lot of memory; Java is also much slower than other languages because each code has to be translated to machine code.

Despite the fact that.NET is now an open–source framework, its development still necessitates a significant investment in the Visual Studio IDE and other services; it still lacks adequate documentation and support.

Who will win the battle between Java and.NET?

The technologies are fundamentally different because the techniques they take are so dissimilar. It is entirely dependent on your requirements and the demands of the end–users. Each has advantages that your company may take advantage of.

A Business Owner’s Guide to Breaking Into New Markets: 6 Keys to Success

Why should you choose to study part-time diploma courses in Singapore?