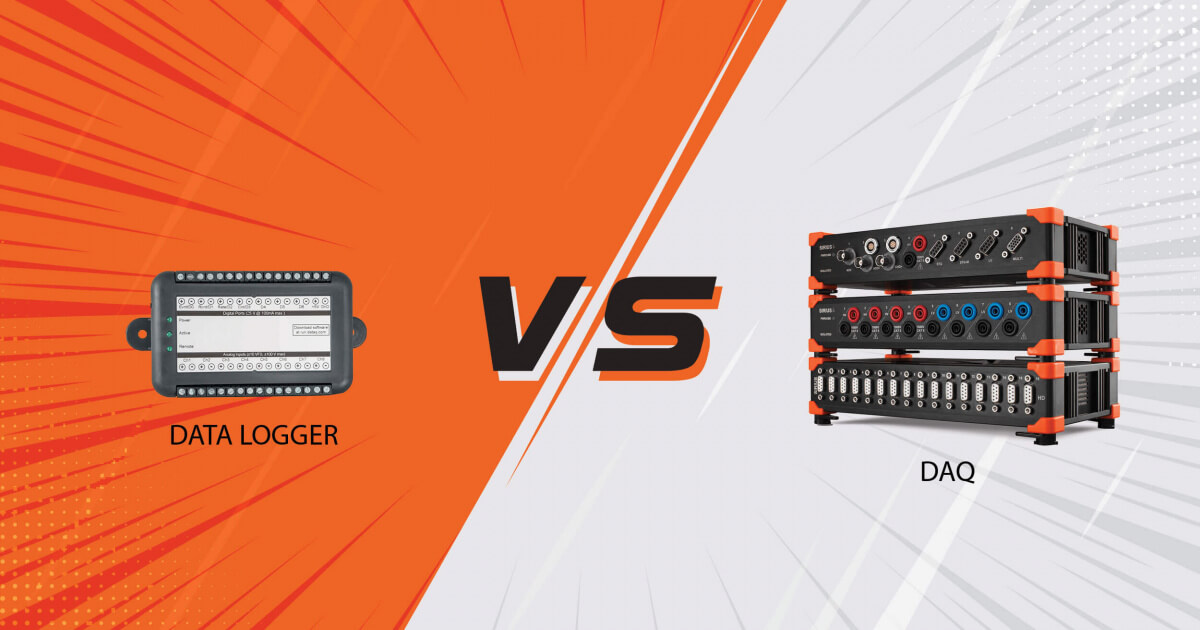 While data loggers and data acquisition (DAQ) systems are similar, and the terms are sometimes used interchangeably, they are not the same. Data loggers, also known as data recorders, are electronic devices that gather data over a set period. Data loggers use sensors and, in most cases, employ a digital processor.

DAQ systems, on the other hand, are all-encompassing information systems designed to collect, store, and administer data. Usually used within industrial and commercial electronics, or in scientific or environmental fields, DAQ systems will gather, measure, and analyse real-world phenomena. These signals are then converted into digital data, readable by computers.

While data loggers, like a temperature logger, are made for testing changes over a long period, DAQ systems are more suitable for relatively short periods. Data loggers generally have a sample rate of once per second or below, while data acquisition system’s sample rates may reach into the range of MHz or even GHz.

Slow signals measurable by data loggers include temperatures or any conditions that take a long time to change. DAQ systems, however, will test for faster testing applications like acceleration studies, vibration, shock, and more.

Sensors will interact with the subject being measured, converting any physical values into electric signals. These signals are modified through signal conditioning, ensuring the signal is strong enough for measurement. Specialised DAQ hardware connects the sensors to the computer, which gathers all data and presents it for analysis.

Data loggers are often used in remote places without access to wall power. For this reason, they are usually powered by rechargeable batteries and feature power-saving or sleep modes to reduce energy consumption and extend the period of data logging.

DAQ systems, on the other hand, generally need direct wall power to operate continuously and to maintain connections between sensors and the computer. Some DAQ systems can operate via large batteries, but this is not the most efficient option.

PDFBear: Most Popular PDF to Word Converter For Free

6 Free Online Tools You Can Use To Merge PDFs